Volumetric video, the technology that enables capturing and viewing “holograms”, is an exciting frontier for storytellers in film, animation, XR. Last Thursday, May 23rd, Filmologic was lucky to host a panel event on volumetric video, from where it is now to possibilities for the future.

Volumetric video is a powerful tool in the XR industry. More than any previous technology, it enables us to put the viewer into the scene for maximum impact. It is most commonly talked about with VR headsets, where it enables the user to navigate new worlds on his or her own.

But it could also revolutionize how traditional films are made. It has the potential to be used to create a virtual “set”, where actors could later be placed and filmed. It’s already being used at various football stadiums to capture plays and recreate highlights. And it could also be used to enhance remote work through holographic conference calls.

At our panel, we had five speakers representing four companies:

Each company had a ten minute presentation on their work with volumetric video, followed by a panel discussion with all of the speakers for an audience Q&A. What really struck attendees was how these companies are using the technology to impact the world.

Arcturus shared a project they did on homelessness for Santander Bank. To heighten awareness and engagement with a sponsored walkathon, Arcturus created a five minute volumetric video of a nurse living out of her car in life-scale augmented reality. In the video experience, viewers watch “Jen” go through her day, from getting ready for work in a car, to a break-in and a boot, before she breaks down and turns to the viewer asking for help.

Arcturus was even able to use HoloSuite’s rigging system to adjust the angle of Jen’s head to create eye contact between Jen and the viewer. The impact and the ability that this has to create empathy is undeniable.

Left Field Labs shared their drunk driving project for New Mexico, co-produced with VISYON. Left Field Lab created an immersive VR experience to drive an emotional reaction and personal connection to the dangers of drunk driving. Partnering with Microsoft Volumetric Capture Studio, they captured volumetric video of a drunk driver, a victim, and a responding officer sharing their story from a real accident. Combining these testimonials into a stylized narrative, Left Field Labs developed a video that allows the user to be both a spectator and participant in each perspective. It is now part of a traveling series of events around New Mexico to combat the epidemic of drunk driving accidents in the state.

Clearly, volumetric video is more than just a cool new technology in the gaming and entertainment industry. It can change how companies, non-profits, and even the government connect with the world and even inspire change for the better.

We would like to thank Microsoft for hosting us at their Reactor Space in San Francisco. Microsoft has six of these studios around the world, and if you ever get a chance to attend an event there, we could not recommend it more! These are event-based spaces designed to support hackathons, tech meetups, user groups, and executive sessions. They were generous enough to give us a tour after the event, and we got to see their capture studio, which was such a cool thing to have access to. As we heard from one of our attendees,

“Great lineup of speakers! Thanks for the tour after the meetup, Microsoft Reactor!” 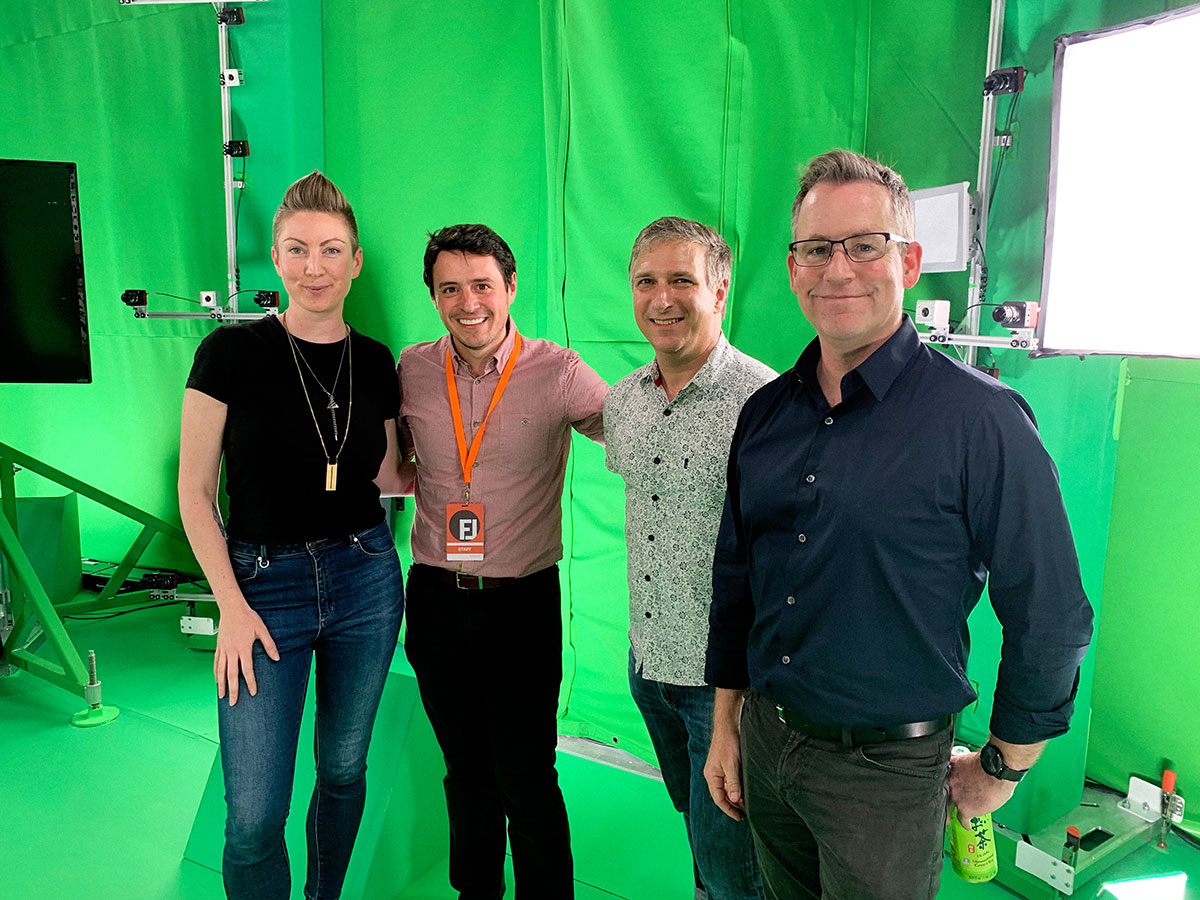 We would also like to thank our sponsors for supporting our events as well as the Filmologic community and the panel speakers who made this event such a success! We had a full house and an informative, engaging event thanks to your support. We hope to do an event with this format in the future due to the overwhelming response. Michelle Excell even followed up, saying,

“I really appreciated the format, I want all my events/panels to be that way!”

If you missed the event, be sure to join the Filmologic Community to get on our email list. You’ll be the first to know about all our special events and speakers.